Online casinos have many promotions available to both new and existing members. For example, you can activate a bonus such as 100 free spins no deposit just by becoming a member and use it on numerous slot machines. But not all slot games are the same. Each is developed by a different company. Naturally, some are better than others. It would be best to use your bonus in games developed by these companies. So, what are the best and most popular developers in the iGaming industry as of 2021? We answer this question below.

Microgaming is one of the oldest companies in this industry and can even be considered as one of the founders of iGaming. The company developed the world’s first online casino software in 1994. In 2004, it took on the role of a pioneer in the true sense of the word by developing the first mobile casino software. We owe a lot to Microgaming for online gambling. This Isle of Man-based company has been breaking new ground in the iGaming industry for years.

Microgaming also owns the world’s largest progressive jackpot network: the games included in this network, especially Mega Moolah, make dozens of people millionaires every year. Microgaming jackpots have paid out €1.2 billion to date, and they continue to pay out every day. Microgaming has its own delivery platform called Quickfire, which has around 800 casino games in different categories. The company also owns many different brands such as Triple Edge Studios, Stormcraft, All41, and Sling Shot. The majority of the most popular games in online casinos are developed by Microgaming, which include legendary slots such as Thunder Struck, Book of Oz, Immortal Romance, and Game of Thrones. Among the games developed by the company in 2021, you can try Silver Seas, Mega Moolah Goddess, Atlantis Rising, and 9 Blazing Diamonds.

NetEnt is a developer based in Sweden, and its origins actually go back to the 50s. However, today’s modern company was founded at the end of the 90s and managed to attract attention in a short time. This is because NetEnt includes highly creative and innovative features in its games. In the 90s, almost all slot games had more or less the same features, and it was almost impossible to see a bonus other than free spins. NetEnt has really managed to offer something different by including different mini-games and bonuses in the slots it has developed.

For example, a feature called “Avalanche Reels” was used in Gonzo’s Quest slot, which is still very popular today. This mechanic removed all symbols included in a win and replaced them with new ones automatically (without the need for a separate spin). If these new symbols also created a winning combination, the process simply continued, making the player richer with every “avalanche.” Many companies use this mechanic with different names today, but NetEnt was one of the first to do so.

NetEnt has around 200 games in its collection, with very popular games like Guns N’ Roses, Starburst, and Dead or Alive that almost everyone has played at least once. Developed to rival Mega Moolah, Mega Fortune and Divine Fortune are also very popular in the progressive jackpot categories. Take a look at NetEnt’s latest games: Start with Dazzle Me Megaways, Codex of Fortune, Reef Raider, and Dead or Alive Megaways.

You’ve probably seen at least one “Megaways” game in every online casino in 2021. This is such a popular feature that every company in the iGaming industry has at least one Megaways slot. This is what makes Big Time Gaming (BTG) one of the most successful and popular developers of 2021 because Megaways is a technology owned by this company. In other words, every game with “Megaways” in its name actually uses this technology by renting it from BTG.

Megaways is a feature that dynamically generates the number of paylines per spin. In these games, there are 6 reels instead of 5, and the reel length can also vary. Megaways games can have a maximum of 117,649 paylines, but this is the highest you can get. How many lines you get is randomly calculated at each spin. But in any case, you can get more lines, have more fun, and win much more than the regular slots.

BTG both rents this technology and uses it in its own games. It also has different technologies such as Megaclusters and Megapays. You won’t have a hard time finding a Megaways game. Start with the following slots from BTG, the creator of this technology: Spicy Meatballs, Beef Lightning, Bonanza, and Wheel of Fortune. You should also check Cyberslot, Star Clusters, and Slot Vegas. These games use different technologies (i.e., Megaquads) developed by BTG, and they are as good as Megaways. 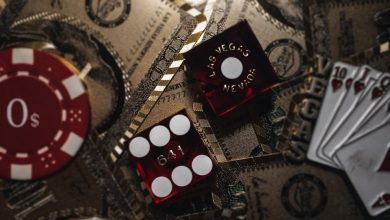 How to start playing online at Pin Up apk casino?