Despite Tomb Raider Reloaded being released in 2022, fans of the series will be craving more. This was more of a tribute to the classic games rather than a new installment in the series. The last detailed console adventure was Shadow of the Tomb Raider in 2018, and this title served as the finale of the Survivor trilogy from Eidos-Montréal.

As one of the longest-running and most popular series in the history of gaming, there will always be future Tomb Raider entries. A new one is rumored to be in development and could be officially announced in 2023.

Crystal Dynamics is working on a new Tomb Raider game, and it will be announced officially in 2023 – that’s according to industry experts who keep their ears to the ground. The developer itself confirmed that it was working on something using the Unreal 5 engine but didn’t divulge any key details about the game.

Tomb Raider games have historically been released in trilogies, usually with different studios at the helm. Now that Eidos-Montréal’s three games have ended, it’s Crystal Dynamics’ turn to take the baton. This means that there’s a lot of freedom for the California-based studio to take Lara Croft’s journey in a new direction. In the last trilogy, the developer opted for an origin story, so it may be wise to predict that the new trilogy will involve a more battle-ready adventurer as the protagonist.

Upcoming Game Could Have Influence on Wider Industry

The new Tomb Raider game is likely to send ripples through the wider entertainment industry and influence a vast number of games on different platforms in the years ahead. This has historically been the case with games in the series, and there is evidence of games being inspired by Tomb Raider everywhere you look.

For example, one of the most successful mobile games of all time, Temple Run, was influenced by the artifact stealing escapades of Croft. Titles like this then went on to inspire online casino offerings like Temple Tumble Megaways, an adventure slot from Relax Gaming which features a male protagonist on the thumbnail. Despite it being a man as the main guy, it’s easy to see the similarities to Tomb Raider. This game stands out among other titles like Reel King and The Dog House thanks to its interesting graphics. On console, there are plenty of titles that have Tomb Raider to thank as well. Uncharted, for instance, has been hugely popular among Tomb Raider players.

Most Immersive Title to Date

As technology has progressed, Tomb Raider titles have always been at the forefront and have pushed the boundaries of what’s popular. Looking back on the original 1996 title for Sega Saturn, the graphics and gameplay are rudimentary now. At the time, though, the title was revolutionary.

The most recent trilogy brought about new ways to play Tomb Raider with highly advanced graphics, and the new title will push things forward even more. The news that it will use the Unreal 5 engine is exciting, as the graphics on this are almost lifelike. This means the next Tomb Raider is likely to be the most immersive title ever made in the series.

Tomb Raider fans can start getting excited, as a new title is on the way. It may be announced in 2023, but the game is unlikely to drop until at least 2024. However, it will be worth the wait as it will be the most beautiful and immersive Lara Croft game ever.

Read Next: Unable to Update Roblox on Windows: How to Fix? 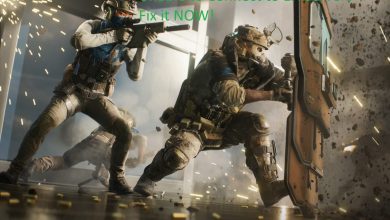 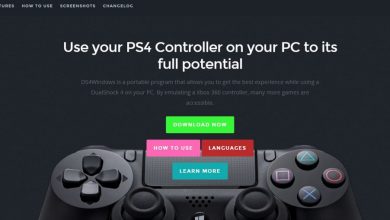