Card games have been and still are among the most popular games among casino enthusiasts, families and even youngsters. All of us know that a modern deck of cards has 52 cards, which is nowadays more or less a standard. However, the deck of cards wasn’t always the same, and in its long evolution, it has had some significant transformations. The revolution that took hundreds of years has brought us to the 52-card deck in black and red. But what influenced this evolution? How did different cultures affect the rich history of a card deck? What kind of geographic influences determined the modern look of a deck of cards?

Chronologically speaking, the history of cards begins in the East, as most people believe. Unfortunately, the precise origin of cards cannot be pinpointed, but some scholars believe that they came to Europe in the 1300s somewhere from the East. The idea that cards originated somewhere in Asia might have some truth in it, but little to no proof. But if we are talking about speculations, there are plenty of different guesses about when or where they came from.

Some even link the cards, icons and suits of the 12th century with China, Korea, India, Persia, or Egypt. The guess is that they were brought to the European continent by Arabs. Others believe that card-playing originates from 9th century China and the Tang dynasty. Claiming that the cards date back to 1000AD is also one of the possibilities according to believers who claim that they come from the same time as dominoes and mahjong.

According to a 1377 manuscript, a German monk mentions playing card games and cards themselves. Still, in the 1400s, dice, games and card games were also linked to each other in religious sermons. These were represented as gambling activities, and by this time, they referred to the deck as a 52-card deck. In the 14th century, cards were decorated with images of coins, cups, swords, and clubs, which is why some believe they originated from Italy or even from Egypt during the Mamluk period. Still, these Latin suits are found in both Spanish and Italian cards used today. The deck of cards from 14th century Italy usually included a seated king and crowned queen in addition to a royal servant. In Spain, cards had a slightly different look. Their 40-card deck usually had a king, knight, and knave, but they didn’t have any queens. Once the card games gained popularity, they started spreading to other countries in Europe. 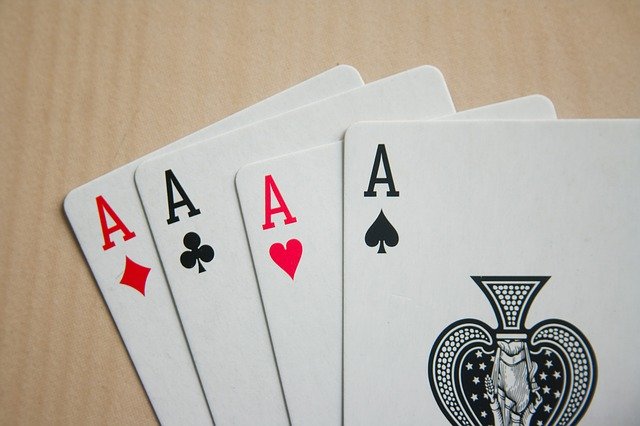 Germany was the next to welcome cards and card games. Soon after, they introduced their own suits and designs with leaves, acorns, bells and hearts. German decks also didn’t have any queens on them but rather a king, two knaves, untermann and obermann. The Ace replaced two, and Germans got a new 4-8card deck. Decks used by the novelty included suits like different animals, appliances and kitchen utensils. In addition, Germany was the first country to start printing cards, which made them the leader in the card trade. Their neighbours in the south, Switzerland, added their own suits with flowers and shields.

Cards gained popularity in France in the 15th century, and it is where the icons for the standard four suits originate from. This is where the cards got the skins with hearts, spades, diamonds, and clubs – like the ones we commonly use today. Moreover, the initial French deck has a king, queen and knave. They also divided the deck into two colours: red and black. The French took over the trade lead, and printed decks sold all over Europe like the ones we can see at online casinos with 100 welcome bonus spins. New card games appeared, and gambling flourished when the trade spread to England; the standard design of the cards started to dominate the market.

Cards were exported to England from Belgium, but some also believe that they came straight from France. So, the English had to leave their stamp on the standard card deck too. They added names to symbols such as diamonds, hearts, spades, and clubs. The UK was also the place of origin of the Ace of Spades, which had to be hand stamped as proof of tax payment. In 1828 the Ace of Spades had to be purchased from the Commissioners for Stamp Duties to prevent tax evasion. This is where the unique design on the Ace of Spades comes from. Besides, the English were responsible for creating double-ended court cards to avoid turning cards when playing.

Cards and cards games became popular on American soil near the end of the 18th century. Lewis I. Cohen invented the machine for printing all four colours at once. The same company was responsible for introducing corner indices to a card deck. On the other hand, Andrew Dougherty and Company from the US introduced triplicates – mini card faces in the corners of a card. Finally, the most significant stamp that the US left on the standard deck of cards was to introduce the Jokers.

As we know it today, the deck of cards has been on one incredible journey, filled with cultural and historical interpretations. Will there be any additional contributions? Who knows. 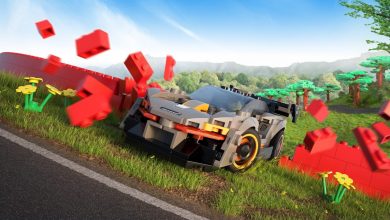 Flying in Minecraft: Kill the Ender Dragon and Get the Elytra!