Game designers and developers now compete with an online platform where non-professional users actually create the games. People play games made by others thanks to access to tools that allow them to create their own games as well. To date, users have published over 20 million games on the Roblox platform and more games are released daily.

Roblox and all its games are available to be used for free. Despite concerns about safety issues (The lack of moderation in the uploaded user content and the  chat feature leaves children at risk of exposure to bullying, abuse and inappropriate content) and technical limitations Roblox has proved to be wildly popular with children and adults. Fans cite the platform’s focus on promoting creativity among users, the opportunities that it offers to kids to learn coding, computer and programming skills in a fun and engaging manner and the lessons that it imparts in teaching entrepreneurship.

Two of Roblox’s most popular games, a pet simulator called “Adopt Me!” and an obstacle course named “Tower of Hell” have amassed tens of billions of visits each. Each was created by an independent studio which would have found it difficult to get their games on the market if not for the Roblox platform.

Roblox produces approximately 20 million games every year. It’s fun to scan the site for new games but if you want to zoom in on the top Roblox games of 2021, there’s no need to create a jackpot casino login – just check these on the Roblox site:

Theme Park Tycoon 2 is a game that you can play singly or as a multi-player as you’re tasked with building the ultimate theme park. You have many options from which to choose to create your park – build a five-star theme park and invite people to come and visit or focus on designing the best roller coaster ever. If you use an Xbox One you can use the controller to make it easier to get things going. Once you create your own theme park you can move on to experience the rides and adventures.

Options include reshaping or modifying the terrain, constructing food and merchandise stalls, adding scenery and, of course, building amusement park rides including roller coasters, underground rides, swan boats, etc. One of the biggest plusses of this game is that you can include in-game achievements, customization options and extra rides.

By taking advantage of the multiplayer mode you can build in tandem and check out other players’ theme parks as well. You can also use the multiple save slots to build multiple parks.

The game has some glitches and unfinished business including a lack of in-game instructions and fewer options than Rollercoaster Tycoon (the game’s predecessor). Also, having so many options can be a bit overwhelming when you’re first getting started.

This multiplayer role-player dungeon game on Roblox can be played by solo players or in a multiplayer mode. The player(s) take(s) on a range of dungeons and as the game progresses, so do the dungeons and missions. Players earn items which are to be equipped and used in combat with the items increasing in value and usefulness based on the progress that they make as they wind their way through dungeons, battles and enemies. Players may travel alone or in groups.

Players come across weapons of varying rarity – the better the weapon, the more powerful the player. They include spells and armour. The game has receive accolades for its sleek animation and unique artistic style. This game is a winner, even if the concept isn’t exactly original and the levels and gameplay can sometimes seem repetitive.

Jailbreak is an open-world game about escaping prison and the ensuring crime spree — with an emphasis on trying to avoid being put back in prison. Gamers drive vehicles, rob banks, stores and museums and earn weapons. The prisoners are chased by the police who are, obviously, trying to catch them.

Once the jailbird gets out of prison s/he must get to the base where he can find a change of clothes and pick up some weapons. From then on, the crime spree is on – escapes on cargo planes and in customizable cars, attempts at new types of robberies, etc.

Seasoned players enjoy the in-depth experiences of strategizing the jailbreaks and crimes and finding ways to get some money. Throughout the experience the police must search for the prisoners in attempts to send them back to jail. A round of Jailbreak takes anywhere from half an hour to an hour but there’s no end in sight…..prisoners are constantly breaking out of jail and the police and always sending them back….just to break out again.

Highlights of Jailbreak include multiple genres within a creative concept, an intricate open world ready for exploration and the player’s opportunity to choose to play as a criminal or a cop.

Read Next: Search and Destroy Call of Duty Tips: How to Win Every Game?. 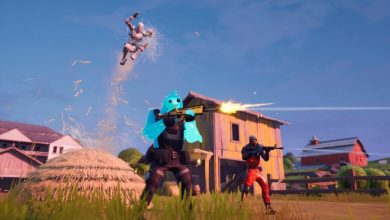 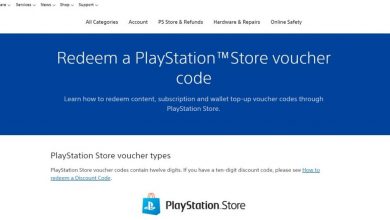