Video gaming has become a massive industry over the last decade, but security measures deployed in games to protect gamers and the companies that made them have begun to lag behind, and it’s becoming an increasingly big problem.

Video games are supposed to be fun. They are supposed to allow someone to relax and forget about the real world and its problems for a brief period. And, for the most part, that is true.

The industry has been growing rapidly over the last decade, but that growth has picked up even more pace in the past 18 months as more and more people work and generally spend more time indoors at home. Reports suggest the video game industry in the United States of America is worth around $64-billion per year and includes approximately 244 million gamers. That is just from one country.

Why Video Games Have Become A Security Threat

While those figures are undoubtedly encouraging for game developers, they also create an increasingly more problematic issue. The problem is, as something begins to grow and get more attention on it, especially when the amount of money involved starts to get into the billions, the chances of someone with nefarious intentions beginning to scheme increases exponentially.

Part of the growth of the gaming industry has included an increasing reliance on the internet. The vast majority of video games these days have some form of online component, whether it is a full competitive multiplayer mode or even something as simple as requiring the user to created an account with the game developer to play the game.

And, as we all know, sending data around online carries plenty of risks. This is why the iGaming industry takes security very seriously. Top brands like bet365 spend a lot of time, money and effort to ensure their security systems and licensing are watertight, as can be seen in this bet365 casino review.

What Happens When Security Is An Afterthought

This isn’t some idle musing about a potential future threat either. It is happening right now, every day in the video game industry. The most high-profile security breach occurred in February this year when CD Projekt Red (CDPR), the company behind Cyberpunk 2077, was hacked and had data as well as the source code for several of their games stolen.

Cyberpunk 2077 was one of the most hyped games in the industry’s history, and it sold 13 million copies within 10 days of its release. The problem was that it was unfinished and buggy. This allowed people to start taking the game apart to discover what the issues were but, more importantly, it caused widespread anger and frustration.

It’s impossible to say for sure whether or not the state the game was in caused someone to become so angry with CDPR that it caused them to hack the company and steal their data, but it isn’t difficult to imagine it played a significant role, as did the fact that it sold so well.

The most significant security breach in the gaming industry that directly involved players was when Zynga.com was hacked in 2019. At the time a giant of the Facebook gaming scene, the creator of games like Farmville, Draw Something, and Words with Friends was hacked. The criminal gained access to email addresses, passwords, phone numbers and Facebook IDs of 218 million users.

Why Games Are So Easy To Hack

One of the biggest problems facing the industry in this regard is the perception many game designers have of themselves and their work. Very few game designers look at a game they are creating as a product to be sold for profit. For most, it is a piece of art, and anyone who has played even a halfway decent video game is likely to agree with them.

However, that is a problem because security isn’t a consideration when creating a piece of art. It is the museum’s role or the person who bought the art to look after its security. Unfortunately, that is where the analogy ends because these pieces of art are starting to pose a risk to the connoisseur.

Instead of being an afterthought and something that is added at the end of the video game development process, it is high time security began in an integral part of the design process that is deployed right at the beginning and constantly worked on throughout the development process along with the rest of the game.

A Huge Win on the Mega Moolah Progressive Jackpot 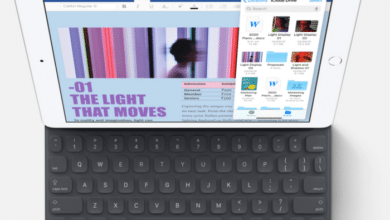