For a long time now, New Jersey has been the online gaming leader in the USA. That looks set to continue, as the New Jersey Division of Gaming Enforcement looks to future growth in the industry. The state legalized online gambling in 2013, but the license was only for a decade. The plan now is to extend that for another ten years, allowing the Garden State to continue leading the way in the country.

New Jersey has become a hotbed for iGaming developers and sites alike, and new businesses are finding that it is the perfect spot for them to flourish. They can rest assured that this will continue to be the case as the state pushes forward these new licenses.

Ever since New Jersey became the frontrunner in the US online gambling scene, international brands have flocked to the region. According to an article in Yogonet Gaming News, gaming revenue in the state is constantly rising and it topped $470 million in August 2022. The numbers keep swelling as more sites set up roots in New Jersey, leading more brands to see it as an attractive location to launch in.

An example of this is Playstar’s New Jersey launch, which occurred this year. The site is licensed and regulated by the New Jersey Division of Gaming Enforcement and the games have also been tested by the regulator. The site offers a wide range of games designed to appeal to players there, including Las Vegas-style slots, progressive jackpots, and table games.

Authorities in other states are now looking at New Jersey enviously and trying to work out ways to push forward similar legislation. Only five other states have legalized online casinos so far, but more could follow suit soon.

New Jersey Home to Developers in Other Gaming Sectors Too

Despite getting all the headlines, it’s not just the iGaming industry that’s flourishing in New Jersey. The state has proven to be an excellent spot for developers from other offshoots of gaming to set up shop, and this has boosted the economy greatly there. According to a list from Good Firms of the top game development companies in New Jersey, there are more than 15 renowned studios.

Cubix is the number one rated studio in New Jersey, and the award-winning software development company has a vast amount of experience in mobile apps and games. Other forward-thinking companies in the region include Aspired, Quytech, and Next Big Technology. Just like businesses in the online casino sector, these names are showing that New Jersey is a prime location to be. They are helping allure more startups and international brands to the region.

For international businesses in the gaming industry, New Jersey is one of the most famous locations in the USA. It has led the way in the iGaming sector for some time now, and it is also well-positioned in other offshoots of the industry. With the news that it is set to extend its gaming license for another ten years, it will likely remain at the forefront of the industry. 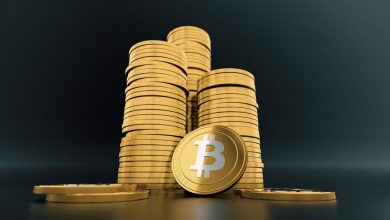