With mainstream sports around the world looking to get back underway, it feels like life could be getting back to normal.

However, as we observe certain countries tracking-back on a more relaxed lockdown, it begs the question “will major sports leagues properly restart, ever?”

If not, then where will people look for their competitive sports entertainment?

Esports have really accelerated since the turn of the century, with many games pushing esports into households across the globe. Pioneered by major platforms such as League of Legends (LoL), the epic RPG Dota2 and the all-action shooter Counter Strike (CS:GO) running daily matches and holding major tournaments throughout the year. While there are many other games such as Fortnite and Call of Duty, which are more well known, it’s the aforementioned platforms that are leading the way in competitive gaming.

Esports and traditional sports have a lot in common

These types of games are designed to be hyper-competitive and rely on intricate team-tactics, as well as individual brilliance to win. This kind of setup makes for great viewing and provides the most entertaining competitive gaming experience of any platform. These games function much like sports do, which is what has led to a rise in esports betting odds being offered by many major sportsbooks providers around the world.

Looking forward to 2021, it is predicted that the number of casual viewers will have grown to 307 million, with 250 million esports enthusiasts. This would take the total audience to 557 million. A staggering increase in just a few years, coupled with the effects of COVID-19 the figure could be even higher than predicted.

Next stop for esports: the mainstream

Esports marketeers are doing an excellent job of integrating the industry into the mainstream. From major football clubs like Manchester City, Arsenal and Real Madrid signing professional gamers to represent the club playing the football game FIFA, to F1 racing drivers competing with one another on virtual grand prix games. The integration of esports has been broad-reaching and the exposure has touched all corners of the sporting world.

Major games platforms and streaming services such as YouTube, Facebook Gaming, and Twitch host some of the most popular streamers (gamers who live stream their gameplay), who attract tens of millions of viewers annually. With endless opportunities for the public to follow esports, it’s hard to imagine anything but a major growth in the industry.

What will the future bring for the Esports industry?

It’s clear that there is a positive outlook for esports, which leaves us wondering what things will look like in 5 or 10 years down the line.

One of the catalysts for success in the industry was the introduction of brand investments. With esports viewership in the ascendency, brand sponsors are predicted to invest about 600 million by the end of 2020. Brands such as delivery services and computer hardware producers are all trying to get a piece of the action, in what is an increasingly lucrative market.

In gaming, mobiles are the future (and the present already)

We touched on specific games that are leading the way in the competitive gaming industry, but it’s mobile gaming that is going under the radar. The availability of mobile gaming makes it potentially the most dominant gaming platforms in the future. The development of mobile technology alongside consumer adoption will only improve as the years go by – research group the GSMA estimates that there will be a mind-blowing 5.9 billion unique mobile subscribers in 2025.

Finally, while we’ve only spoken positively about the future of the industry, there are also a number of hurdles that need to be overcome before competitive esports can truly integrate into mainstream entertainment. The main concerns centre around cheating and legitimacy at the highest level. At present, the vast majority of professional gamers are aged between 14-25, which could lead to outside influences causing major issues to performance. Not to mention the possibility of max fixing, which has been an issue in the past. Although these are major concerns for some, they aren’t issues that can’t be resolved. The future is bright for the esports industry.

What does Logitech Adaptive Gaming Kit do? 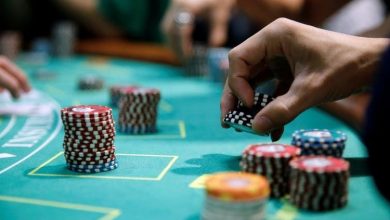 A Beginner’s Guide to Online Slots