The iOS platform predisposes to the use of paid applications, since their development is quite expensive, and the App Store service is very scrupulous in adding new projects to its store. The list of free games is also quite small, and most of them are pretty much trash. However, some quite noteworthy games have high-quality graphics, interesting gameplay, and a lot of opportunities for social interaction. The ranking of the 10 best free games for iOS (iPhone and iPad) in 2021 includes ONLY such projects. If you haven’t got your phone, a free online PC browser game such as Drift Hunters is a perfect alternative.

The trading card game takes you to the famous fantasy world of Warcraft. It offers several types of entertainment: Brawl – a weekly event, the rules of which are constantly changing, Adventure – battles with bosses and online duels – duels with real players. Now the game has overgrown with a huge number of DLCs that are gradually replacing each other. Hearthstone should be chosen because of its premium graphics, many game modes, interesting gameplay, which will especially appeal to fans of logic puzzles. Plus, you can play it on your desktop as well!

The famous computer game has now migrated to mobile devices. Here its main advantage has been preserved – diversity, this includes an advanced cooperative mode, battles with zombies, and battle royal mode. The only difference from the desktop version is that there is no story campaign here. It is convenient to play even from a smartphone, but if you wish, you can use a Bluetooth gamepad. Call of Duty: Mobile doesn’t force you to spend money, but in-app purchases are still there. For real money, you can buy a Battle Pass and skins for your characters and weapons.

Brawl Stars is a project from the developers of Clash of Clans, which is a simple but fun MMO shooter. The game is often compared to Overwatch, referring to Brawl Stars as its mobile counterpart. However, Brawl Stars and Overwatch have several similarities: a successful combination of the shooter and MOBA genres, the presence of a decent variety of heroes, weapons, and ultimate abilities. Battles take place 3 on 3, where the heroes are fighting among themselves in real-time. Dozens of unique characters, 4 game modes, and super abilities are available in Brawl Stars.

This is a mobile game from the developers of Assassin’s Creed – Ubisoft, which brings you to the same game universe. The player gets the opportunity to lead the legendary assassins (Ezio, Altair, etc.) and build a new Brotherhood. AC Rebellion combines RPG and strategy, and this game is completely free to play. To rebuild your shelter, you need to go through tasks in adventure mode, find supporters, and participate in various events. The better the results, the higher the rank of the Brotherhood, and the position in the overall rating will be for the player.

This is a mobile MMO spin-off game based on The Elder Scrolls universe. The original design of the game world will appeal not only to fans of the series but also to new players. Gamers are allowed to go into first-person battles to explore the world, complete tasks, and clear dungeons. It is allowed to visit the cities of other players, enter the arenas and destroy hordes of monsters that are teeming in dungeons.

An interesting fact is that browser mobile pokies and other casino games were very popular in 2021. The beauty of such games lies in the completely free to play distribution method and the fact that online resources with casino games contain more than 3000+ different titles. Pretty a lot to try, eh?

If you are one of those who love card, table, or slot games, you should play at Casinonic. Casinonic is the largest web casino in the whole of Australia!

The mobile shooter takes the player into the futuristic universe of the Shadowgun series. The gamer goes on a bounty hunt, constantly developing the character and customizing it. There is a large number of different weapons, armor, as well as a crafting system for obtaining especially valuable equipment. The number of missions and quests is pleasantly impressive. Many players like the system of raiding. In Shadowgun Legends you can compete with other players at the arena or play PvE in story mode.

Even though the game was released back in 2013, it is still relevant to this day. Races are practically unaffected by aging, especially since the graphics are quite worthy for 2021 as well. The game is distinguished by intuitive control, a large selection of licensed cars, and the presence of tracks transferred from real life. Recommended for everyone who loves high speed. Thanks to the asynchronous participation of the players, it does not consume much internet traffic. AI is responsible for controlling other cars.

To celebrate the 10th anniversary of the world of Minecraft, the developers have released a new sandbox – Minecraft Earth, but with augmented reality. Thus, the player can easily transform the surrounding world into a cubic landscape with a branded pixel design. Gamers have to collect blocks for construction, create tools and buildings. The concept itself has not changed, only the scale of the game has increased due to augmented reality. The rest is the familiar and beloved Minecraft.

One of the most famous survival games, familiar to many players. The main character is a strange man living in a world full of zombies. To protect his home and plot, he uses dangerous plants that can shoot and eat the living dead. The main task is to prevent enemies from reaching their homes.

These are the 10 best free iPhone (iOS) games to play at the beginning of 2021. They offer not only beautiful graphics, but also a ton of game content, and belong to various genres. Moreover, we deliberately chose different games so that everyone could find something to their liking. 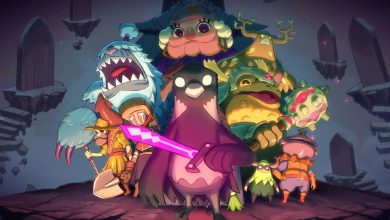 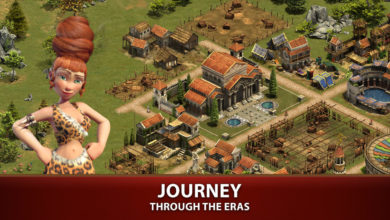 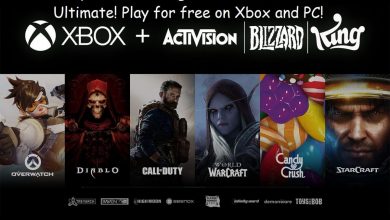