Battlefield 2042 is barely a month old (at the time of writing) and the developers are actively working to have newly added servers up and running. At weeks following the launch, the servers constantly undergo maintenance to ensure a smooth online multiplayer experience in the days to come. If the dedicated server in your region is undergoing maintenance, you might be matched in a different region due to which you will have higher packet loss and latency leading to rubberbanding.

Internet Connection Issue on Your End

Double-check if all your LAN cables are plugged in right before ruling out the possibility that your connection is the culprit for Battlefield 2042 rubberbanding issue.

Is Your Firewall Configured Correctly?

You get this prompt asking if you want to allow Battlefield 2042 to communicate over public and private networks the first time you launch the game. Maybe you entirely skipped the prompt and the rubberbanding issue is arising from a misconfigured Firewall. Reset your Firewall settings for Battlefield 2042. More on this below!

If you have third-party antivirus software installed on your system, try disabling it and see if Battlefield 2042 runs smoothly. Windows Defender hasn’t caused any performance issues with Battlefield 2042 so it’s safe to let it stay on. As always, the network connectivity issue is arising with third-party antivirus software only. Great job with Windows Defender there Microsoft!

In addition, DICE has already acknowledged that players are getting rubberbanding problems with this game mode called ‘All-Out Warfare’.

Here’s a bit of an explanation why that might be happening.

Since the All-Out Warfare mode (on PC and the latest consoles) can handle 128 players in seemingly small maps, the rubberbanding issue comes into play and makes the experience catastrophic for all players when a few users connected to the server are having packet loss and latency issues. Basically, even a single guy with high packet loss and latency north of 200ms is taking down an entire lobby’s network performance and making the experience crappy for everyone connected in that session. DICE is actively investigating this issue and is planning to come up with a fix sooner than later.

While you are waiting for the developers to release a patch and fix network performance issues with Battlefield 2042, you can try applying these fixes on your own and see if something miraculously works out. Since the rubberbanding issue with Battlefield 2042 is more likely due to glitches in EA’s dedicated servers, the one best thing you can do right now is waiting for a bunch of hotfixes to come out before jumping back in the game.

In case Battlefield 2042 was working like a charm but then you started rubberbanding out of nowhere, these fixes might be of use.

Must read! Is Farming Simulator 21 Coming Sooner Than Expected?

Check if Battlefield Servers are Online

If you have no idea how to check the status of Battlefield 2042 servers, you are probably new to the online gaming community. One of the things you can do is head to DownDetector and see if users have posted interruptions in Battlefield 2042 in the last couple of hours. In case you find that a lot of users from your region are filing complaints regarding Battlefield 2042, you’ll have to wait.

Restart Your Router to Address Rubberbanding Issue with Battlefield 2042

Another possible solution for addressing network issues with Battlefield 2042 involves simply unplugging your router from the socket and waiting for a few minutes before plugging everything back in.

Restarting the router will reset your network connectivity and this helps to get rid of any corrupt temporary cached files in the router’s database that might be causing the rubberbanding issue with Battlefield 2042.

Troubleshoot Your Internet Connection with Help from ISP

Sometimes, getting in touch with your ISP’s support representative and explaining to them what’s going on with your connection can help address hiccups in network stability.

Rubberbanding is caused by poor stability in your system’s connection to the server. Therefore, let the tech guy from your ISP know that you are facing trouble in online gaming and he might just do some remote fixing on your router to optimize your connection to the game’s server. And if that does work out, you will have a much better online gaming experience from now on.

Also check out! Borderlands 4: Will the King of Looter Shooter Get a Sequel?

Windows Firewall is pretty good at blocking hackers from gaining access to your system via your network connection but sometimes, the protocols put in place by the program can cause game data packets to be wasted because it treats them as vulnerable and sort of blocks them thereby increasing packet loss. You know what happens when there’s packet loss, don’t you?

In case Battlefield 2042 is not on the list of programs, you will have to manually add the executable file of the game to the list. Make sure you know the path to the directory where you have installed your game. 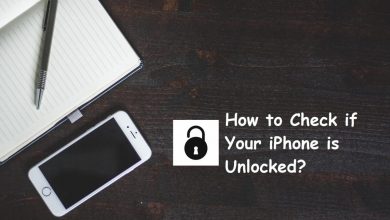 How to Check if iPhone is Unlocked? 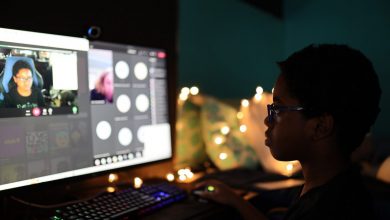 4 Trending gaming videos on YouTube and why viewers love them