Auto battler games are the newest trend in the gaming world. These games are interesting to play because they require a lot of concentration and quick thinking. Currently, both Dota and League of Legends (LoL) have their Auto battler games. The matches are automatic.  Players are trying to make their roster stronger after each round. You cannot give orders such as attack this or that. Players can only choose their heroes and their formation. “Dota Underlords” is one of these games.

Also read, How to Fix The Annoying Discord Javascript Error On PC

The new heroes are “Hobgen” and “Anessix”. “Hobgen” is a ranged hero that can burn his enemies from afar. “Anessix” can summon demons to fight for her and can cast heal and curse. She is very good at support. Underlord abilities are generated by something called Hype. Hype can be generated by eliminating enemies or passively. Underlords are strong, also if one of them falls on the battlefield the remaining one will generate double hype.

The update also brought the new Duo’s Mode. It will allow 8 teams against each other. Team members will choose their crew, however, they can still send help and even coins to help their partner. Currently, health and levels are joint with your partner, therefore please do not abandon your partner. Currently, Duo’s game mode is only available on the Casual playlist, we do not know it will be put on the Ranked playlist.

Freestyle is another new game mode. This game mode allows players to test their ideas under some circumstances. It feels like a sandbox version of the game. Therefore be sure to check it.

“Dota Underlords” improved a lot with this update. Even the interface of the game got updated and everything else is a significant upgrade for the game. We can see that Valve is trying to support this game as long as they can. The game is getting more and more popular each day. After the Riot Games announcement, we were not so sure how Valve will react. Because the new games of Riot are direct competitors for Valve’s games. We will see what will become of this rivalry in the future.

Read Next, How to Use Discord on Xbox 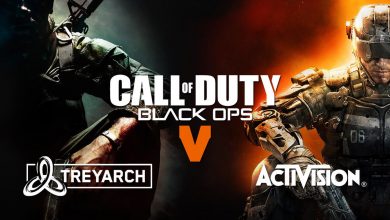 Treyarch is Working on Call of Duty Black Ops V