Dragon Age Origins was nothing short of a masterpiece, and fans have been waiting for a great Dragon Age title since its release. Dragon Age: Inquisition did fill in the void, but it was very polarizing to long term Dragon Age fans. After Bioware failed spectacularly with Anthem, everyone is expecting the development studio to go back to Dragon Age 4. Just like other diehard fans, we can’t wait for it to release. We will also put out our Dragon Age 4 wiki once the game is out. Do stay tuned for more content on the upcoming game.

Is Dragon Age 4 In The Works?

Dragon Age 4 is going to come as confirmed by Bioware. We have had some sneak peeks into the upcoming title and even a teaser video to set fans into a frenzy. According to the latest earnings call posted by Electronic Arts, Dragon Age 4 is indeed in the works, but we have to wait two years at the very least. Also read, Free Xbox Live Codes.

When Can I Play It?

EA has asked fans to wait until 2022, at the very least, for the upcoming title. It will be available on the next-generation Xbox Scarlett, PlayStation 5, and PC. We may even get a version for the Nintendo Switch.

The first Dragon Age trailer we received was in 2018. It is far from being a full-blown trailer with a full breakdown, but it has piqued our interest. The appearance of Dragon Age: Inquisition’s best character Solas making a comeback is more than enough to hype us up.

According to a blog post pushed out by Bioware, the game’s development is still in the mid-stages, and it will be a while until something materializes. When the game is closer to its release date, we can expect gameplay trailers and a finalized release date. Currently, we are looking at 2022 as the tentative year of release for the much-awaited RPG by BioWare.

Alexis Kennedy is in charge of the writing department and can’t wait to see what he brings to the table. According to a Kotaku report, the development team of Dragon Age was pulled into Anthem to help BioWare focus on the looter shooter. But with Anthem not performing well either financially or critically, the team is back at creating its finest RPG experience.

One thing that is pretty much confirmed is that the upcoming game will feature on next-gen consoles, so the graphics are going to be incredibly better than anything we have ever seen in previous Dragon Age titles. With the Decima Engine being updated in the PS5 and Xbox Scarlett shaping up to be a hardware beast, we can’t wait to see what DA4 has to offer.

Bioware has come a long way since the days of Jade Empire, and we can’t wait to see what the game has to offer. We will be working on a Dragon Age 4 wiki for you down the line when the game is out, so stay tuned for that.

Read Next:
Tekken 8: Everything You Need to Know About The Upcoming Fighting Game 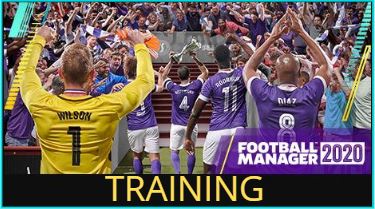 How to do Training in Football Manager 2020? 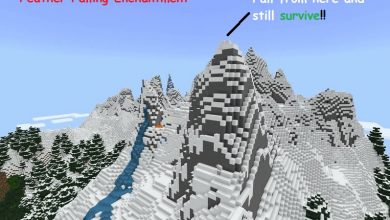 Feather Falling Minecraft Enchantment: All You Need to Know