What Are Simulation Games?

Of the many games available on PS4, simulation titles are pretty popular and in all such titles, you are tasked with managing locations like a farm, station, or an entire city.

Are you one of those die-hard video gaming fans who spend most of your leisure playing simulation games on your PS4? If yes, then you know the difficulty of selecting the best simulation games from the number of games that are now available in the market in this category. In this guide, we have made a list to choose the best PS4 simulation games, by renowned brands such as 505 Games, Maximum Games, Koch Distribution, and others.

We all have that dream of living a life in the countryside while farming on the land of our own. Now, you can make your dream come true in this simulator game known as Stardew Valley. In this game, you will move to a place called Pelican Town, where you will be handed over a farm owned by your grandfather. You can start by cleaning up the land, and then you can do farming on that land. With the money that you will earn from that, you can buy livestock and build new structures. What makes this game even more exciting is that you can interact with the townfolks and build a strong relationship with them for your character’s benefit. In this game, you will also have to go through some moral choices, which will heavily impact your journey. If you want more adventures, then you can explore the side-missions and quests that are available in the game. So, are you ready to live a life in the countryside? Download Stardew Valley simulation game on your PS4 by clicking on that link!

How can a surgical procedure go wrong? Maybe you end up losing your watch inside the patient’s body while performing surgery, or you can also make the situation worse by using the wrong surgical instruments. At the end of the day, all that matters is steady hands to perform critical surgeries. Be a surgeon in ‘Surgeon Simulator’, and perform a series of life-saving surgeries with the help of your controller. You can also team up with one of your friends to perform co-op surgeries.

Recommended for you! How to Install Shaders on Minecraft and Tackle the Common Errors?

This is one of the most interesting simulation games you would ever play on your PS4. If you are getting bored just by building or managing a single railway station, hospital, farm, or campus in the world of simulation games, then you should try this game, where you will be tasked with managing a whole city. You can plan and then build every part of the city in this simulator game. At the beginning of the game, you will come across a small town and you are supposed to build the most glamorous city in the whole world. There are several things that you can build such as roads, hospitals, skyscrapers, amusement parks, monuments, and others. Not only that, but you will also have to work on waste management and drainage, and remember everything should remain in your control as losing control can create havoc in your city.

Many of us get fascinated by thinking about the movie Jurassic Park. After the release of the movie now it has become a franchise and the game Jurassic World Evolution is based on the movie Jurassic World where you can create your very own dinosaur theme park. Your job is to transform a barren island into a tourist attraction by bringing the long-lost dinosaurs back to life. There are several problems that you will encounter on your way and of course, escaping dinosaurs creating havoc will be on top of your list. So, are you ready to take charge of the legendary Muertes archipelago?

If you are still not a big fan of simulation games on PS4, then Train Sim World would make you one for sure.  Train simulation games never get old. This game has something for everyone. You can perform a range of activities in this game such as laying the tracks, controlling the heavy locomotives, and that too on some of the most iconic railway passages in the world such as the Great Western Express in the United Kingdom, the Northeast Corridor in New York and others. One of the most interesting aspects of this game is that you can also play the game as a passenger. The intricate details of the platforms, tunnels, and surroundings all make the game more exciting.

Read next! How To Bring A PS4 Controller Not Charging Back To Life

Which One is the Best?

All of these simulation games are capable of entertaining you in your free time. You can play any one of the above-mentioned games for as long as you want and you will probably never get bored. Which is the best simulation game on PS4, you ask? Cities Skylines takes the title!

Games That Cross the Line between Gaming and Gambling 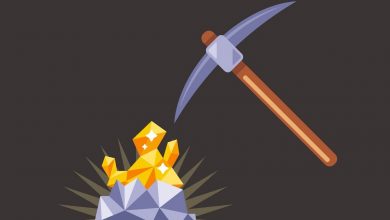