If you’re a first-time Valorant player, there’s a lot to wrap your head around. You’ll need to get to grips with agents and character classes, not to mention fundamentals like gunplay and aiming. However, if you’re serious about climbing the ranks and mastering Valorant’s core competitive mode, you’ll also need to brush up on the basics of the spike. If you’ve played other tactical shooters before, the concept of Valorant’s spike is relatively straightforward. It basically serves the role of the bomb employed by other first-person shooters like Valorant.

The Spike: Understanding the Basics

The spike will spawn along with the attacking team at the start of each round. It can be picked by any member of the attacking team. However, you’ll have to think carefully about which member of your team will be doing the pickup. This player will be left holding the spike until they’re killed by enemy fire, or choose to drop it in the field. If you wish to hand over the spike to another player, make sure you make your intentions known. If they’re not actively paying close attention, they miss the action entirely.

Planting the spike is also fairly straightforward. However, you can only plant the spike on certain areas of the game map. Playing on Haven? Aim to plant the spike in the vicinity of A-Default. Here, the spike can be easily defended. Prefer playing Fracture? You can always opt for the A-Default planting spot here. However, inching slightly to the right will provide you with a much better vantage point for defending the spike once planted.

Planting the strike takes four seconds. Once planted, a countdown timer is triggered. It takes 45 seconds for the timer to reach zero and explode. This explosion will kill almost any agent located within the blast zone. However, a handful of agents in the Duelist class can survive the carnage. If you’re playing as Phoenix, deploy her Ultimate ability to escape the detonation. If you’re playing as Reyna, call upon the Dismiss ability to flee.

If you’re on the opposing team, don’t just assume you can defuse the spike at any point. It takes a full seven seconds to defuse the spike. If you’re attacked while carrying out a defusal, you’ll have to stop what you’re doing to defend yourself. The good news is that you don’t have to recommence a defusal from scratch. When you return to what you’re doing, defusal will only take 3.5 seconds.

Although planting and defusal are simple enough, there are a few techniques you can deploy to improve your odds of winning. A great tactic for attackers is to trick your enemies into thinking you’re planting the spike when you’re not. By simply tapping the spike, you can generate a sound cue that makes other players think you’re planting it. This can draw them out of their hiding places, exposing them to gunfire so your teammates can thin the herd. With fewer enemies to worry about, you can turn your attention back to finding a more secure planting spot.

You should also consider which member of your team is going to do the planting. When the spike is planted, the player doing the planting is granted an ultimate point. Therefore, it’s a good idea to let underpowered teammates take on the role as it will allow them to deploy their Ultimate ability later on in the game. 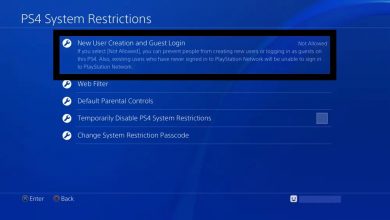