Dragon Quest Builders 2 has been out on Nintendo Switch and PS4 for over a year. The PC version is headed our way next month. December 10 is when you will be able to get your hands on the massively popular game that garnered positive reviews all around.

The PC version of Dragon Quest Builders 2 is arriving with a bonus DLC that released over the past year as well as some bonus content that is not available yet. Those who missed out on all the PS4 content available to the season pass holders will be made available to PC owners as well. The Hotto Stuff pack, which is one of the most sought-after cosmetics pack, will be up for grabs. But it is unknown if it will be included with the base game or if players will have to grab it separately.

Recommended for you:
Dragon Age 4
Fallout 5

Other than the popular packs, you can also expect an Aquarium Pack, a Modernist pack, a bunch of recipes, clothing options, hairstyles, and more. For those who are new to Dragon Quest Builders, it is essentially a spinoff game from the Dragon Quest universe that comes with building mechanics. It is one of the easier games to get into the franchise, and new players should feel right at home. The game will also feature a rich storyline, which is something the previous Builders game didn’t have.

The story of the upcoming game is leading up to be quite interesting. We will be facing an evil wizard who goes by the name Hargon. The Children of Hargon will also be making an appearance in the title. Building, creation, and cooking have been stopped by all of the Children, and it is up to you to save the world. You play the role of a builder, one of many who have been imprisoned. As you break free, you play the role of a builder who goes out to save the day by building defenses against evil.

The game is a combination of games like Minecraft as well as classic JRPG. The game is currently available for pre-purchase on Steam, and it releases on December 10. If you want to grab a bunch of bonus customization content, you can consider preordering. In addition to the cosmetic content, you will also get extra recipes that offer a gameplay advantage.

If you do not want to preorder, you do not need to worry about missing out on the recipes. They can be obtained from the game. However, the planetary materials that the game offers to early adopters definite help you out in the early game. Square Enix has done a tremendous job with the game, and we recommend that you give the game a shot.

If you love building games and want to get your Dragon Quest fix while waiting for the next game in the franchise, Dragon Age Quest Builders 2 will definitely keep you occupied. Stay tuned to Gamer Suffice for more gaming content! 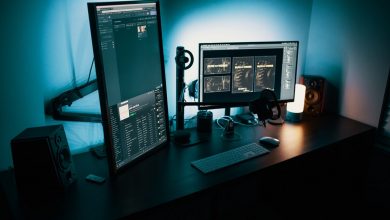