Rainbow Six Siege is one of those games with a hardcore fanbase. Every season we have issues and problems within the game. Also every season we have some hacking issues especially on ranked. However, Ubisoft is working to keep the game afloat. The game has a big learning curve without any doubt. The number of maps increases every year. Next season we will have the new Theme Park. Not exactly a new map but a reworked one. If you have played Rainbow Six Siege for a long time, you can be sure that the operators are getting more and more fictional with their gadgets but the game is more fun. Also, the game got nominations in The Game Awards 2019.

When it was first released Rainbow Six Siege did not have events like today. The game was barely alive. Rampant hackers was everywhere and the game had a lot of issues. However today the game is one of the biggest games ever. Ubisoft announced in their financial report that Rainbow Six Siege is their primary game, and they might be moving more assets into that direction. We have seen many events in the game. The most memorable one was the Outbreak, and it was very successful. The outbreak event was so successful, and it is currently leading into becoming another game called Rainbow Six Quarantine. Games and media productions such as TV series and Movies started to do a lot of collaborations. Of course, we have seen movies become games. However not in an online video game. Fortnite started this and took this to another level.

Rainbow Six Siege is collaborating with a popular TV series. Rainbow Six Siege Money Heist event is coming. The event is taking place at the Bank as you can imagine. It will be a hostage match. Attackers and defenders will be wearing their red costumes from the TV series. Attackers will try to free the hostage while the defenders will try to defend it. There will be cosmetics for Hibana and Vigil as well. These cosmetics are full set and purchasable. We are sure that it will be one of the best sellers in the game. It does look amazing. It does remind us of Payday 2. Those masks were amazing.

Also, one more note, Rainbow Six Siege blog post stated that it will be their first collaboration with Netflix. Maybe this means that there will be new ones coming soon. Honestly, it will be amazing if they can do this. Hopefully, we will find out about it soon. 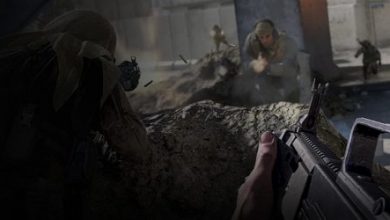